Okay, so we’ve encountered a five star read. It’s the first one in a while, which is what really excites me! Historical fiction has got to be my favourite genre and this book has everything in it that I love about the genre. There were elements in it that were  unique, such as including the dreams/nightmares of Sarah. They weaved into the plot slightly and gave it a lot more depth. 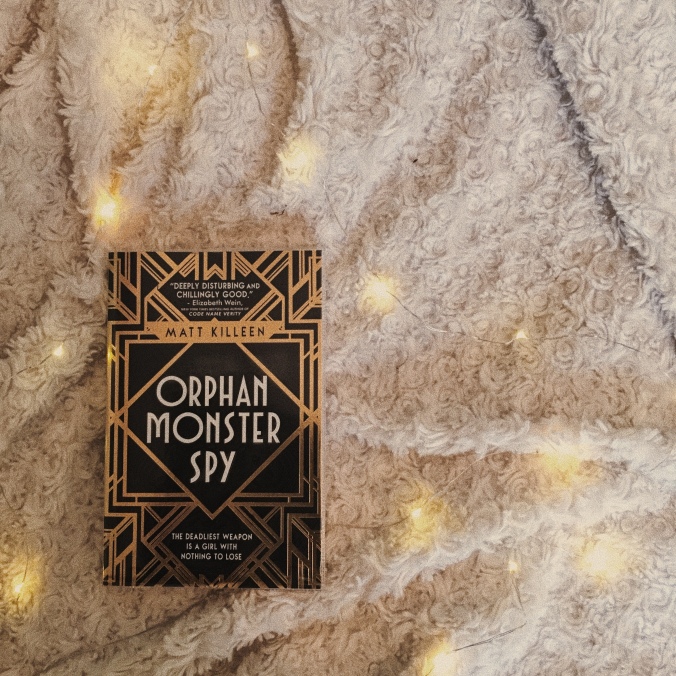 After her mother is shot at a checkpoint, fifteen-year-old Sarah–blonde, blue-eyed, and Jewish–finds herself on the run from a government that wants to see every person like her dead. Then Sarah meets a mysterious man with an ambiguous accent, a suspiciously bare apartment, and a lockbox full of weapons. He’s a spy, and he needs Sarah to become one, too, to pull off a mission he can’t attempt on his own: infiltrate a boarding school attended by the daughters of top Nazi brass, befriend the daughter of a key scientist, and steal the blueprints to a bomb that could destroy the cities of Western Europe. With years of training from her actress mother in the art of impersonation, Sarah thinks she’s ready. But nothing prepares her for her cutthroat schoolmates, and soon she finds herself in a battle for survival unlike any she’d ever imagined.

The style of writing wasn’t too ‘heavy’ yet it did have a good few metaphors! I wish I had written them down to how you examples but I’m not a literal critic and this is just meant to be a casual post. Sometimes I really get carried away with myself and start thinking it’s a language exam 😂

It doesn’t have much hype as it was only released in 2018, but I think it deserves more. There isn’t anything romantic or overly ‘YA’ about it other than a bit of bloody description. Similar to The Book Thief it is a book for all ages. I would press my mum to read this if she could before it was due back in the library! I don’t know if it’s for everyone, but as it isn’t spoken about much on bookstagram I don’t know many other opinions. If you have read this then I would really appreciate a chat in the comments!

Have you read any five-star reads this year? Do you like historical fiction?