After taking a month’s hiatus, my plan was to write, write, write. But there and then… I lost all of my desire to write for an audience.

I only wrote one post and scheduled it for sometime in May. My ideas have changed since then, so maybe it will be a bit cringe.

However, I have started a fresh and I begun on a NEW book. My old one is OK, but the books I have been reading influenced this and I have loved it all so far, *for once*

Please excuse the fact the vocabulary isn’t perfect and there may be some grammer mistakes.

This certainly isn’t perfect, but I encourage you in the comment section below to tell me where and when to improve 🙂 If you don’t particularly like it, please tell me what you would like to see! Mistakes only make you grow further :3

“The silence yelled over the building, covering it in a guilty moonlight. As he reached over for the lock, a spluttering noise crept up his back. Through the corner of his glistening eyes – a powdered light started to appear. The boy ducked under his black hair, hoping to disguise himself within the darkness of the night. His heart was beating with such power – there was no point in hiding away.

He could hear the crunching of gravel creeping towards him. Quickly, he turned to see a womanly figure shadowed on the sand.

‘I know you’re there, Noah,’ she bellowed the boy’s name with such confidence.

Slowly, with a shake in his stride, Noah stepped from behind the warehouse. He was still hidden beneath his locks and his wide glasses, but she recognized him in an instant. Noah’s eyes shone with his unique darkness.

The woman started to speak up with a frightened, shaking voice:

‘The one’s up in the desert at this time are known to be up to no good.’

‘Why did you come out, dear boy, why not scare away?’ She questioned him with an interrogating eye.

‘I’m brave, madam, I’m not scared of externally strong women like you, oh no, there’s fear on the inside. I see it in your eye.’ Noah spoke with as much bravery as he could muster.

‘What strong words from a young man! Ahaha! You’re not a wise old owl-‘

Noah quickly butted in, swiftly shaking his hair from in front of his glasses.

‘Neither are you. You are a stupid old owl. Well, I’m off anyway. Got to get back before the desert hits dawn.’

The woman changed her tone intensely-

‘I will leave you to do exactly what you shouldn’t. When I come passing prison’s out in the beyond – I’ll be confident to know you’ll be hanging by string.’

He ran over sand dunes and rolled in mud, with dawn awaiting him on the horizon.

He would not turn back to that warehouse again. Now he has everything he needs.

I awoke tasting sand in my dry mouth. Not much of a surprise though. Last night I was out there until three o’clock in the morning trying to find the key, and some food for the gang.

I quickly pulled the sheets off my head and went to prepare breakfast. I always woke up before everyone else – and if I woke the gang up as early as 5:00am every morning, like me, I probably wouldn’t be here. They’re so aggressive when it comes to sleeping.

Last night I didn’t pick up as much food for us all, Autumn was dawning on us so lots of vegetation was lost – so they would have to cope with scraps this morning. I made some bacon sandwiches – for everyone but Krist. She’s vegetarian, which isn’t very good in the wilderness, but we respect her choice.

Whist the bacon was cooking on the fire I went out to the horses. We have to steal to feed them – but they carry us around so we don’t mind. There’s only three: there’s one for Krist; one for Skye (who really isn’t that though for a boy) and one for Eyre. I don’t have one however, I walk along giving myself blisters. Sometimes I share with Eyre when the sand’s too hot – but I like to stay strong.

I came back to ‘our’ shed to check on the cooking. However, it was very weird – Krist was cooking the bacon. I mean, she vows to never go near meat. I asked her.

‘Good morning Krist. Why are you cooking meat? What happened to the vow and stuff?’

Then she turned around. She propelled towards me with so much power, and her hair caught on my glasses. With a strong fist she punched me in the eye, knocking of the glasses and sending them shattering to the floor. Now it was my turn to be silent.

‘Oh, Noah. You know what? I’m fed up of being fussed over for my vegetarianism. So I’m going to do my bit, and actually survive. That OK?’

It was the sort of question I wasn’t meant to answer.

I picked up the remains of my glasses and shoved them in the bin – it wasn’t actually a bin. Just an old potato sack. They’d be no use now. I was short-sighted, so I couldn’t see things in the distance. And that would be helpful, how will we catch the bandits? Warn ourselves when the police come after us?

Krist has just gained herself another job now aswell. Nightwatch, and lookout. I wanted to tell her this. But I shouldn’t speak.

With a sight of relief, I saw Eyre coming through from the other room. He had heard what had happened.

When I went to look at him in the eye, he started to rage. Eyre went up in flames at starting swearing at me. What was happening?”

I would like to change chapter one a bit and extend it to the story I think is most fitting.

I thank you all for bearing with me on my break, and staying here pleading me to come back 🙂 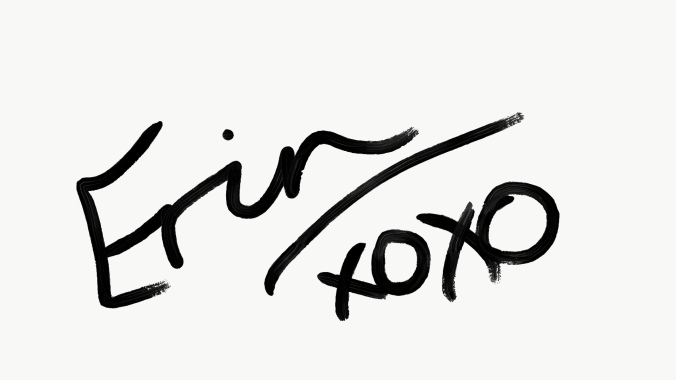 celebrating every day 📆
bluer skies, warmer days, homemade lemonade, reading in the garden, late evenings by the barbecue, camping trips, polaroid moments... 📸
repeat after me: ‘i will confidently go in the direction of my dreams’ 🕯